The Impact of Covid-19 on the Global Economy

The novel strain of the corona virus, COVID-19 has not only impacted the day-to-day lives of people all over the globe by disrupting the political, social, economic, religious and financial structures of the whole world, it has also rained down havoc by significantly slowing down the global economy. The sudden halt of economic activities greatly threatens a grievous economic fracture crippling every region of the world, which would take years to stitch the repair. At this junction, a recession or consecutive economic declines seem pretty much inevitable. According to Professor Bernard M. Wolf, this is an unprecedented catastrophe, we are witnessing the majority of the economies shutting down, and people under lockdown, causing a ripple effect directly impacting production. 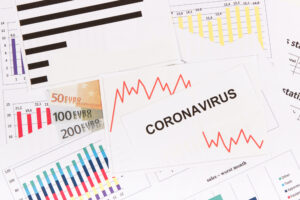 Recession & Collapse Of the Job Market

To establish the intensity of this pandemic on the economy on a global scale, Steven A. Altman, a senior researcher at New York University, in his article says, a decline of 13 to 32% in merchandise has been observed, foreign investment has been directly impacted, and with regard to international passengers there has been a drastic drop of 44 to 80%. To add to this, an article published on Entrepreneur India titled, “How Covid-19 Has Affected the Global Economy” posits that America had to face the worst tragic downfall, as its GDP dropped off to 4.8%, which was abrupt since the tremendous recession of 1931. Adding to this misery, since the outbreak of this pandemic 3.3 million Americans filled the unemployment bucket resulting in 83 billion dollars being removed from the markets. This is surplus with another set of 6.6 million people going on job hunts. Economists globally have predicted about an impending recession as there is no surety and no one knows for sure how long the pandemic will last, and how long the impact would be.

Another major indisputable blow to the global economy is the collapse of international travels. By the ending of April 2020, all countries had imposed restrictions on international travel, and airlines were flying with a staggering 92% fewer seats. This resulted in major airlines grounding their plains, and those who travelled were making a minimum profit with two-thirds of the plains empty. 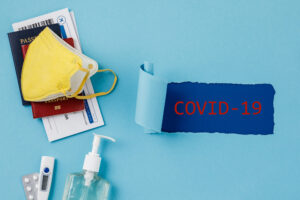 Closely related to this is the fields of tourism, which as reported by the World Travel & Tourism Council contributes more to global output than an automotive manufacturing business, travel facilitates, international trade and investment. It also supports 10% of the jobs worldwide, that is approximately 330 million jobs, as well as contributes up to 10.3% of the GDP globally. According to Secretary-General Pololikashvili, this drastic fall in tourism demand due to COVID-19 has placed millions of jobs and livelihoods at risk, simultaneously risking and nullifying the efforts and advancements towards sustainability, equality and development of the years.

Crash of The Stock Market

In the international and global economy, China has made a name for itself and is recognized as a pivotal member. This has been achieved not only through its contribution to the manufacturing and exporting realms, but largely also due to being a primary supplier of input material for manufacturing industries worldwide. With about 20% of manufacturing for the global market taking place in China, any changes, be it positive or negative to its economy causes a long lasting ripple effect. According to the updated report, as of March 2020, a reduction of supplies from China can on a large scale have effects on the capacity of production and consequently the export rate of several nations. The intensity of how much they will be affected will be based on their scale of reliance on the Chinese Supply market. Most prominent examples are the shortages of essential modules and components faced by the European market or difficulty in securing parts to assemble digital camera by Japan among others.

As this spread becomes more intense, it has sent stock markets crashing resulting in mass fear and recessions, along with intensifying economic damages due to historic levels of the still rising corporate debts. Companies globally are face to face with crushing debt burdens forcing them into cutting their costs, backing out of deals and investments packages, and laying off workers, merely in an attempt to avoid running in deficit. 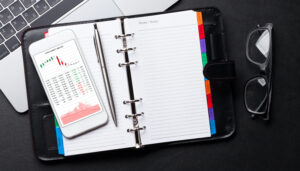 A Ray Of Hope

However, despite these challenging times, nations are putting aside their differences and uniting to combat the common enemy. Significantly, get ahead of this more than concerning circumstances, nations comprising the G-20 called an emergency meeting to discuss and come up with possible solutions to strategically combat the worsening conditions arising due to COVID-19. It was observed that 80 nations had already applied to the IMF for emergency financial relief and a promise to deploy US$1 trillion was issued. Additionally, a huge initiative of putting $5 trillion to resuscitate the global economy has been put in through the fiscal policy. To further spread the safety net, numerous economic measures, as well as schemes to neutralize the blow of financial impacts to the socio-economic structure have been taken.